Do you know what it means...: Carnival 2021 book now available
Order a copy here


At the start of 2020, New Orleans was celebrating Carnival as it has done for many years, while Covid-19 was creeping into the attention of the world. By March the pandemic had frozen the world, and many worried that Mardi Gras had doomed an unsuspecting New Orleans. The community saw its share of loss, but overall did well in suppressing the virus by staying home even when the streets called to us. Efforts to support each other flourished in a myriad of ways, and we made it through a tough year.

As Carnival season came around again we knew it wouldn’t be the same, and found a new means to channel the creative spirit through house floats.  Homes were turned into their own parade of imagination that inspired many around the world. Krewes, Mardi Gras Artists, local artists, businesses, families and friends worked to conjure the beauty, satire, and tradition of floats with this new twist. There are a few pioneers like Irma Watson and Roddis Finley who had been going all out with decorations on their homes for many years before, but for most part houses have remained an untapped canvas. As house floats started to pop up around the city in 2021, they gave the community a needed reassurance and outlet for the lost carnival we all longed for. People from all over toured the streets to take in the spectacle like a scavenger hunt of surprises peppering the neighborhoods.

The Krewe of House Floats helped organize areas into themes that were brought to life by individual households. The Krewe of Red Beans launched the Hire a Mardi Gras Artist project to employ Mardi Gras Artists, who were facing a grim economic reality of no parades, to create house floats that celebrated the tradition while innovating in the moment. Krewe of Muses came together to design and decorate a house along St. Charles. Krewe du Vieux hosted a number of houses designed by their subkrewes that could be toured on the night their parade would have been. Other Krewes like Zulu, D’etat and more made appearances through member’s efforts. Work from Royal Artists, Kern Studio, Strong Hold Studio, Crescent City Artists, and Studio 3 propelled many of the most noted house floats, while individuals channeled their inner artist to create an amazing array of house floats that celebrated the New Orleans homes that have sheltered the community for many storms.

I spent this Carnival documenting all kinds of aspects of this unique season every day until my batteries ran out in the evening hours of Mardi Gras day 2021. It was impossible to capture everything, but that is part of the beauty of the season. It is a journey that has a defined start on 12th Night and ending with Mardi Gras day. I worked with Hire a Mardi Gras Artist to document the creation of their house floats, and when not focused on that, was seeking out other houses and happenings related to the season.

There will never be another carnival quite like this one. While the pandemic has been challenging it gave us a new perspective on carnival and life. House Floats will be a part of the season for the foreseeable future, as another layer in the ever expanding traditions of Carnival in New Orleans. 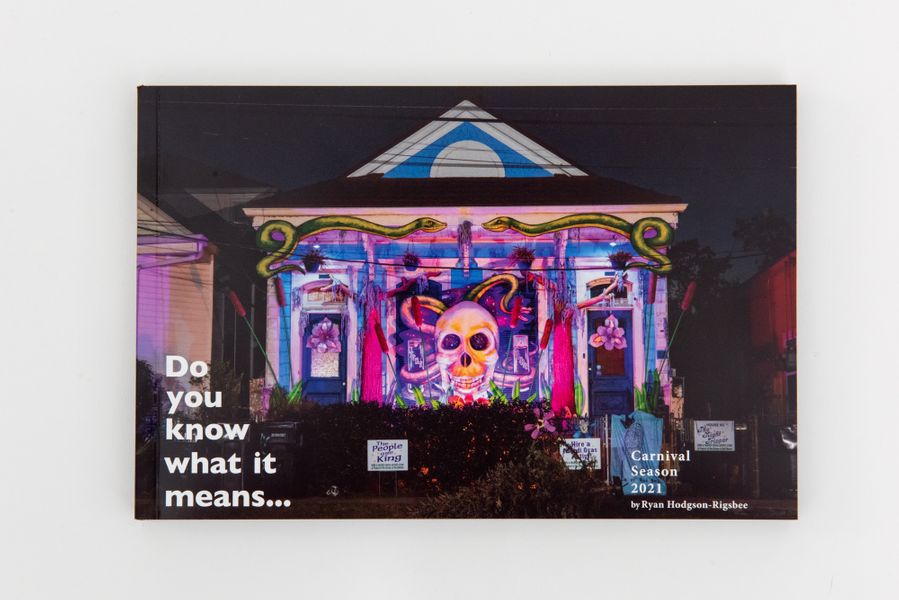 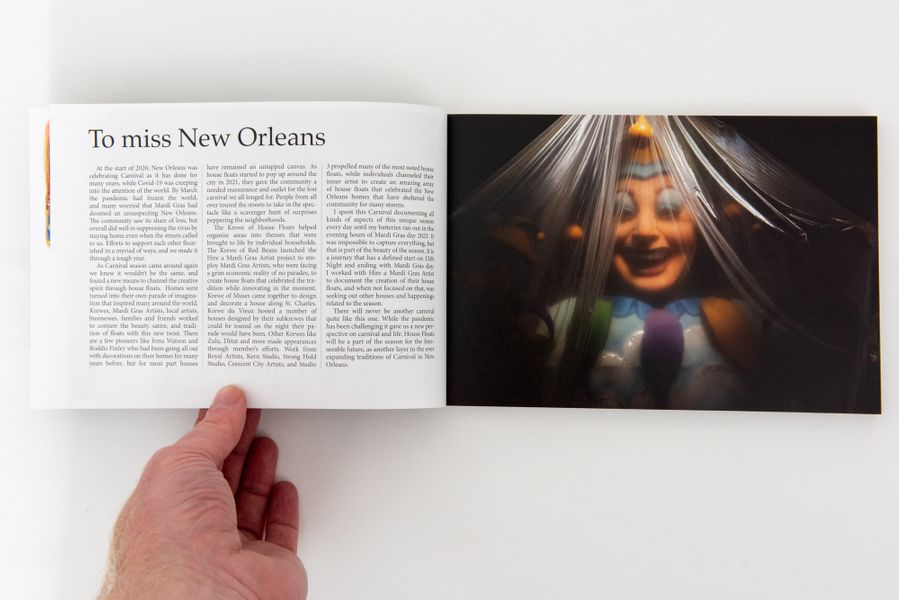 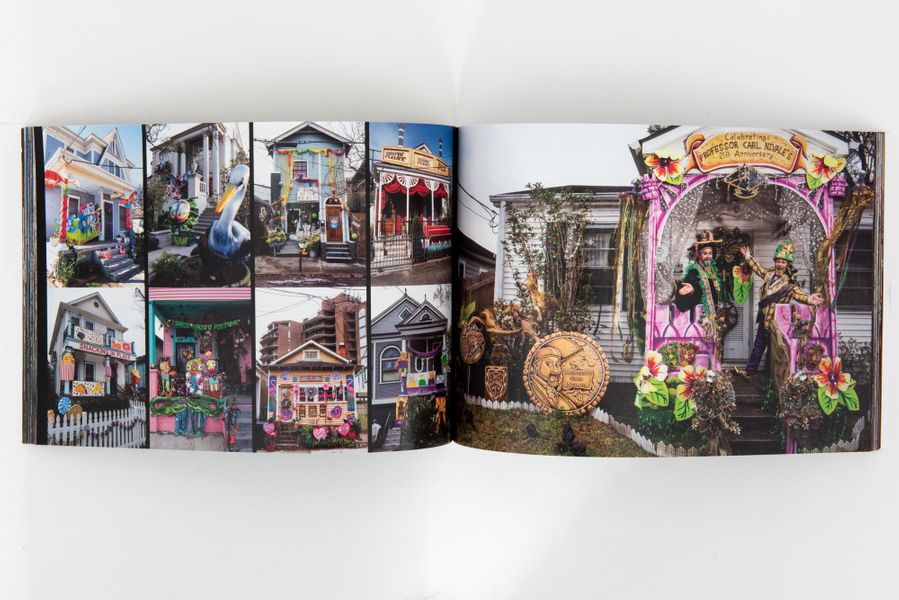 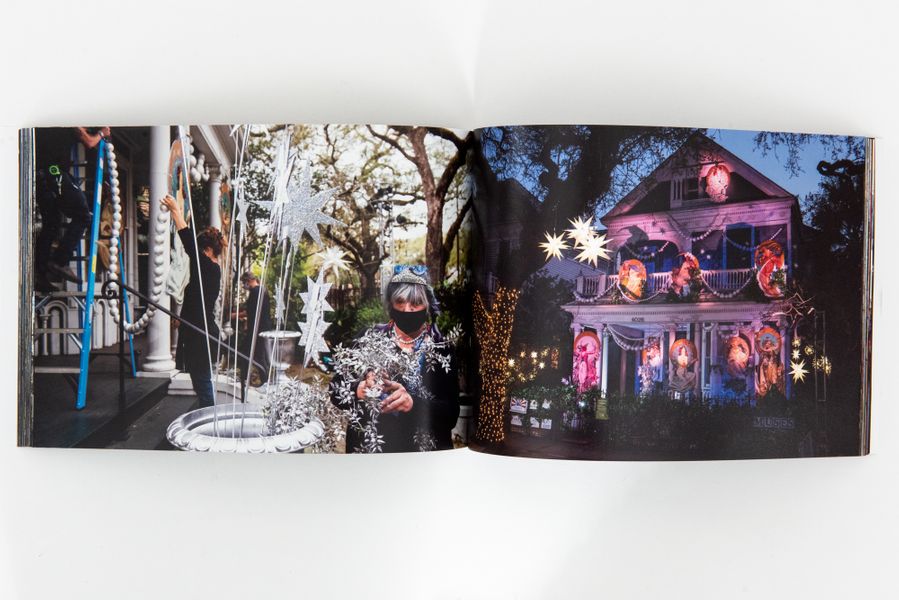 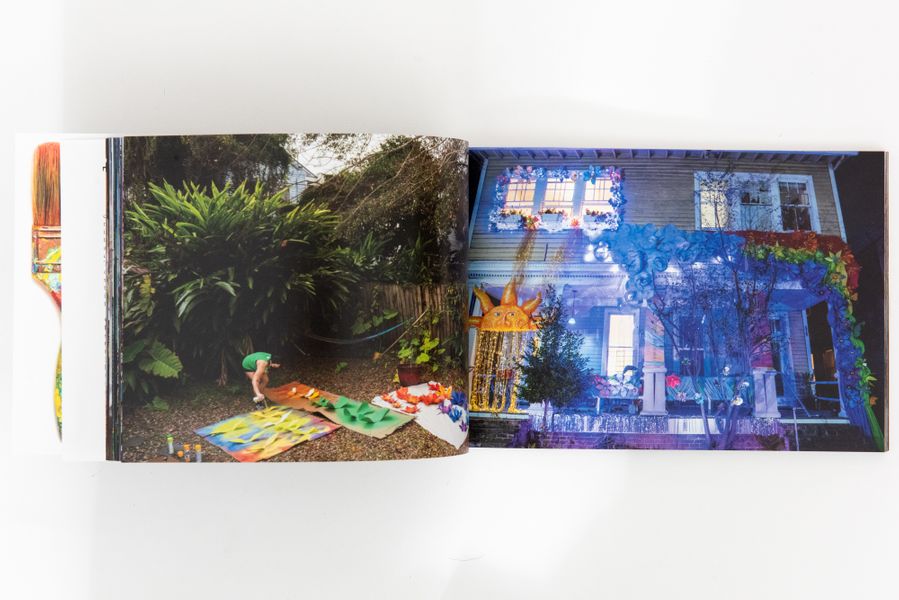 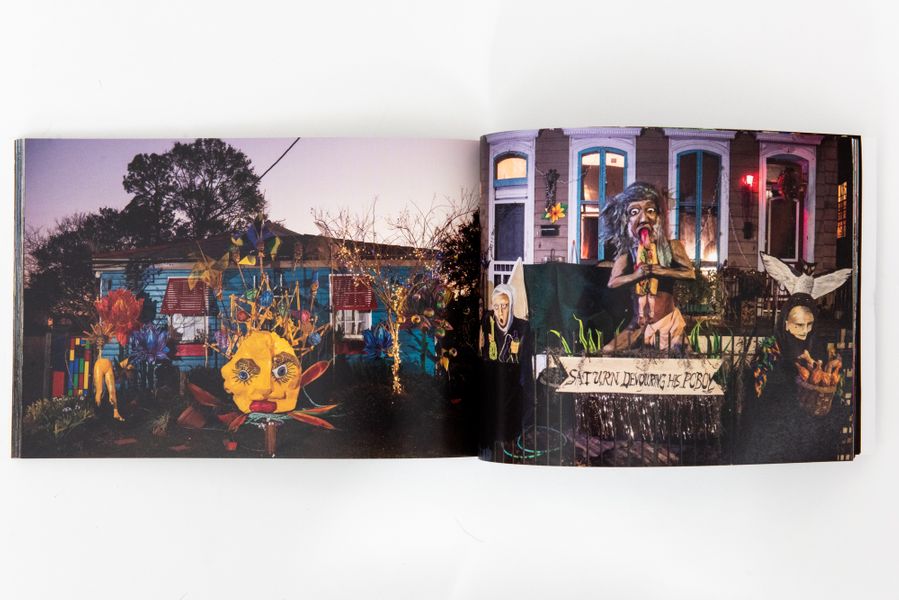 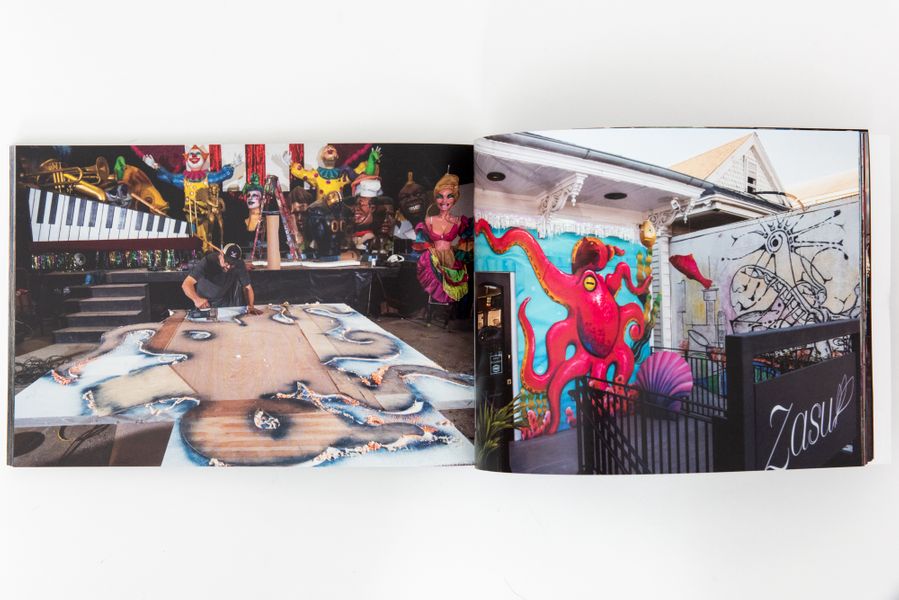 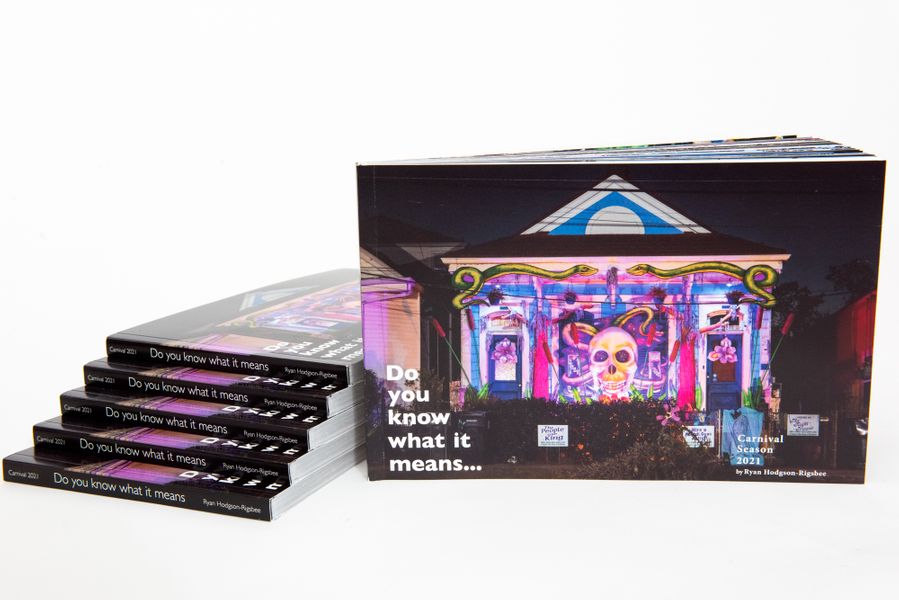 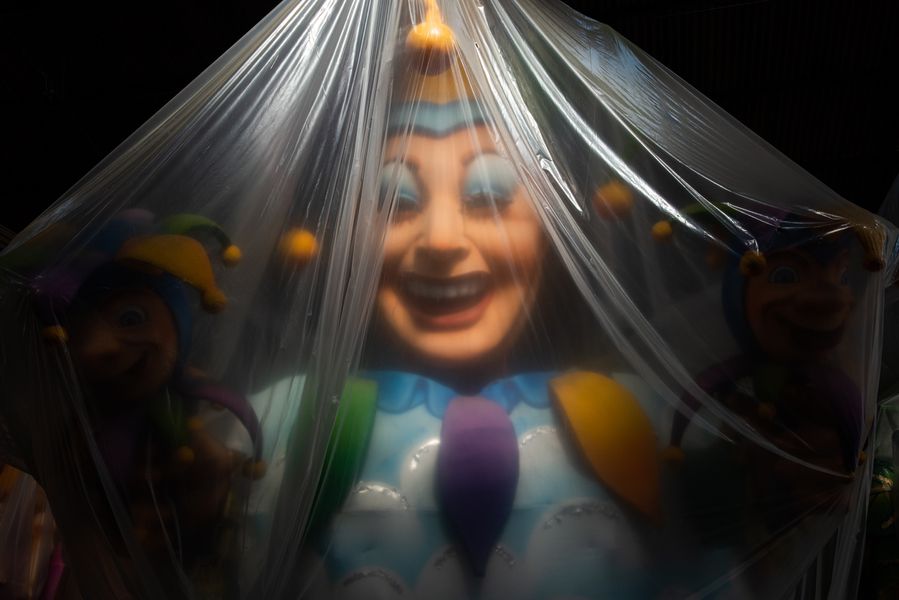 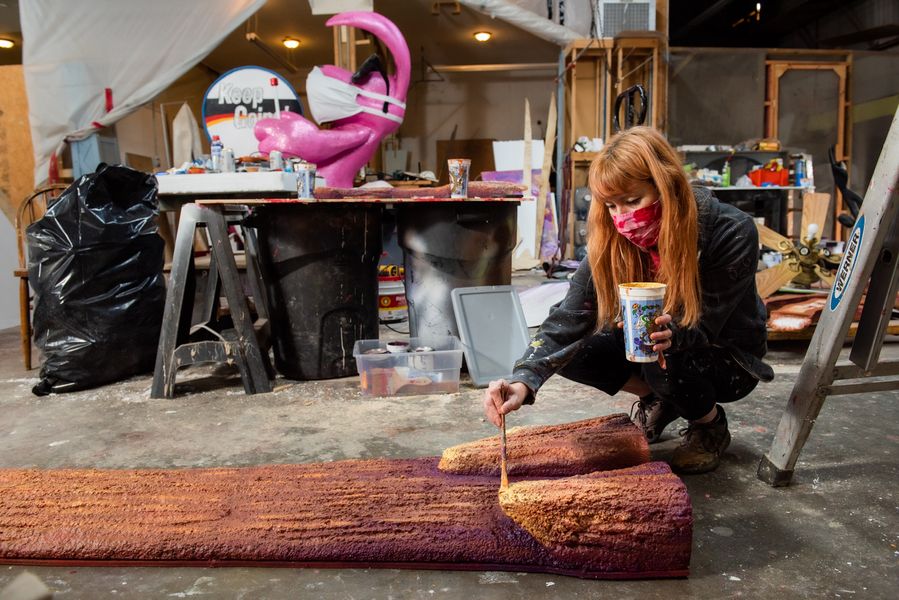 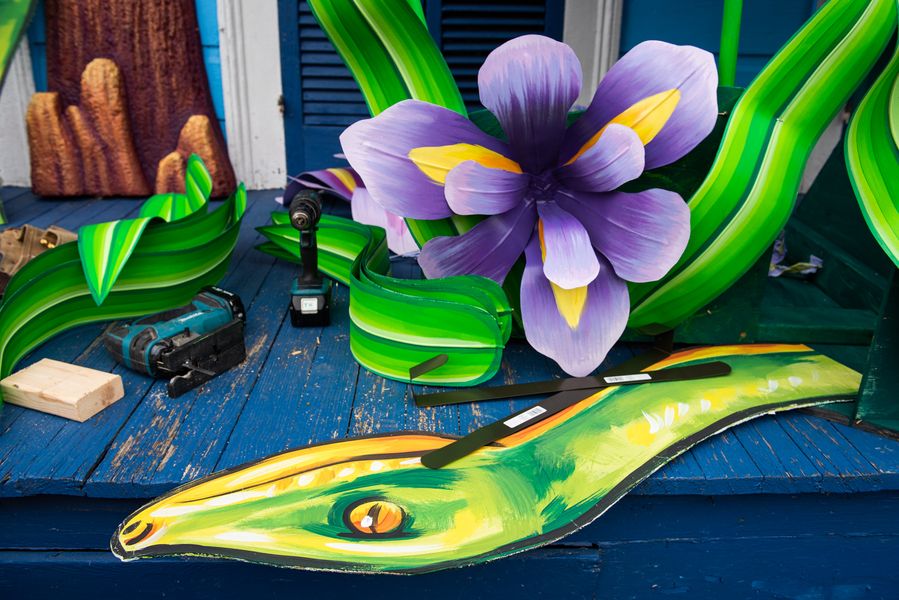