New Orleans musicians and supporters rallied in Duncan Plaza on January 17, 2014, across the street from New Orleans City Hall to stand against a noise ordinance under consideration by the city council. The proposed ordinance would have lowered the sound limits in the French Quarter, and also affect noise regulations and measurement across the city. The New Orleans City Council's Housing and Human Needs Committee canceled their Friday meeting and withdrew the noise ordinance for further review, as the planned protest gained momentum in the community. The rally featured numerous speeches by different figures within the community and ended with a music procession that led into City Hall's Council Chambers. There the crowd was greeted by Councilwoman LaToya Cantrell of District B who personally heard the individual concerns of many rally attendees.

For more info on the movement or to get involve check out Music and Culture Coalition of New Orleans' site:
maccno.com 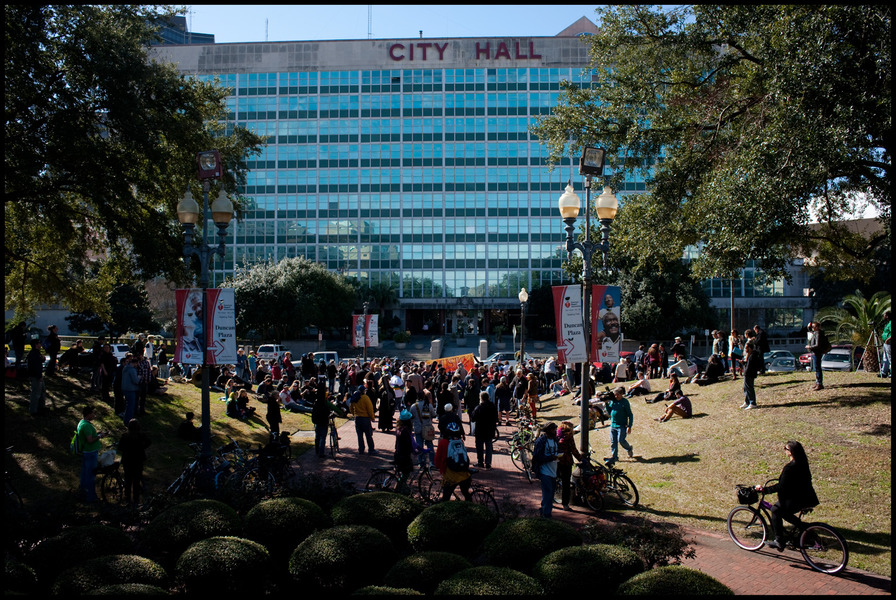 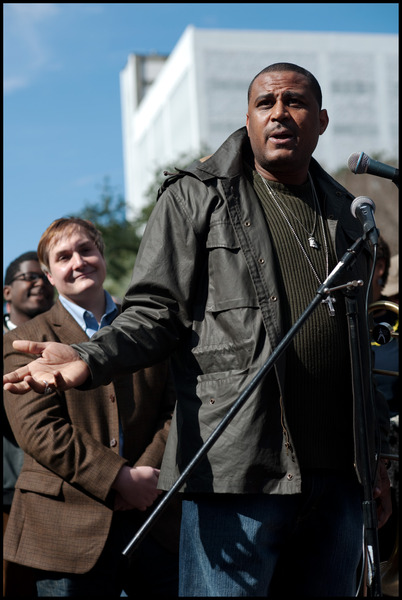 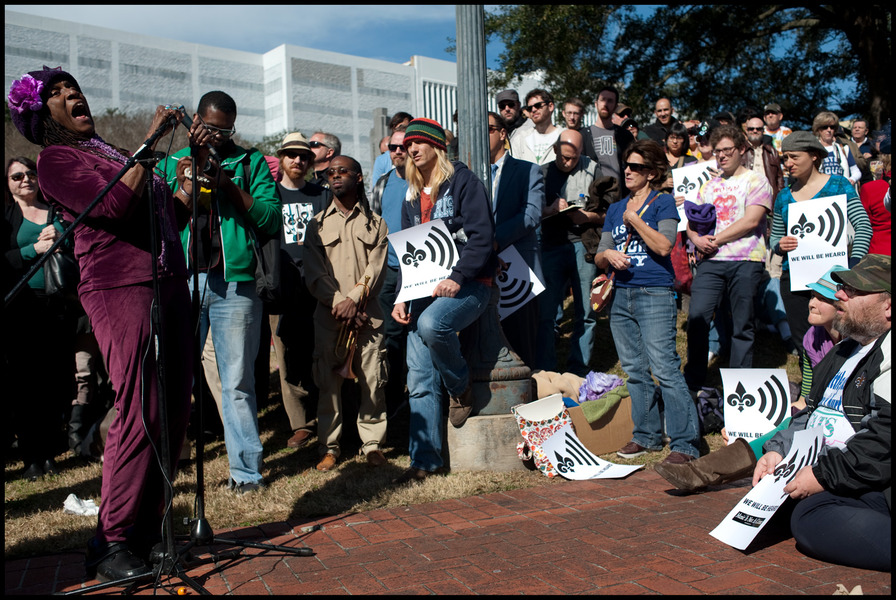 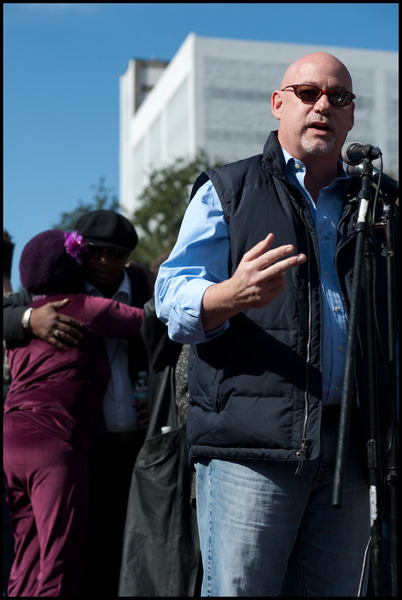 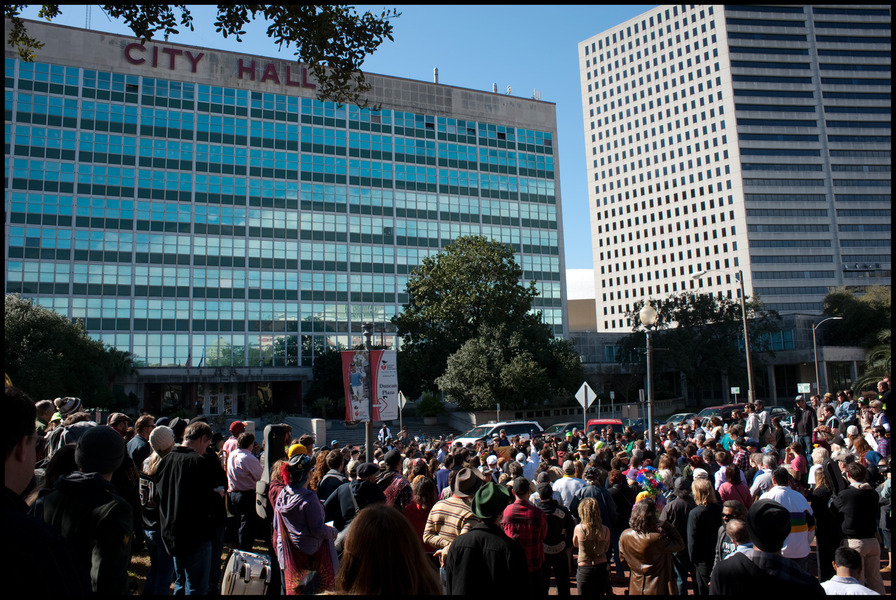 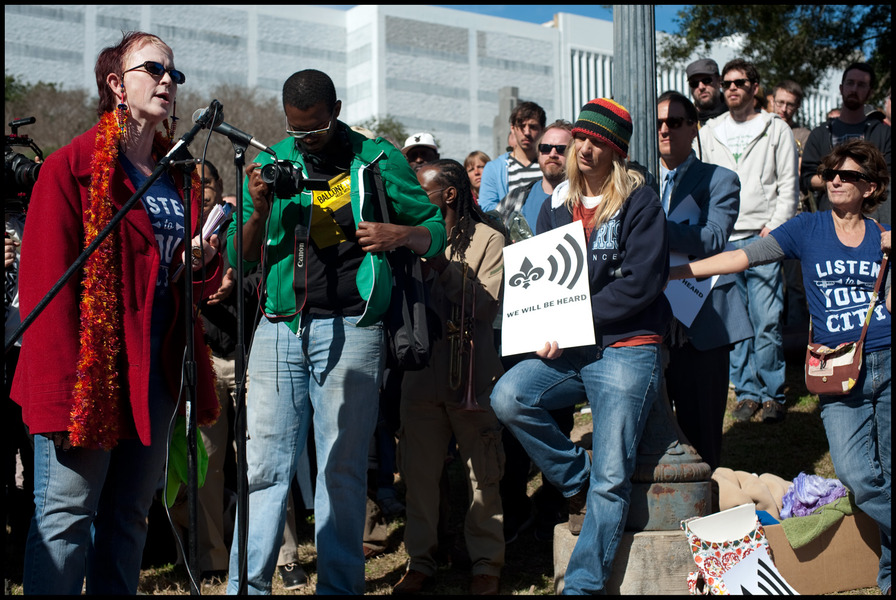 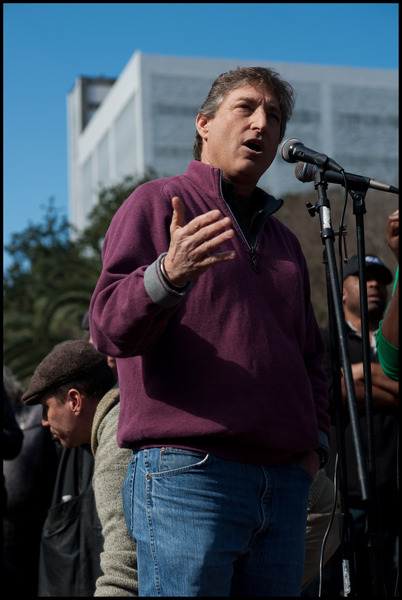 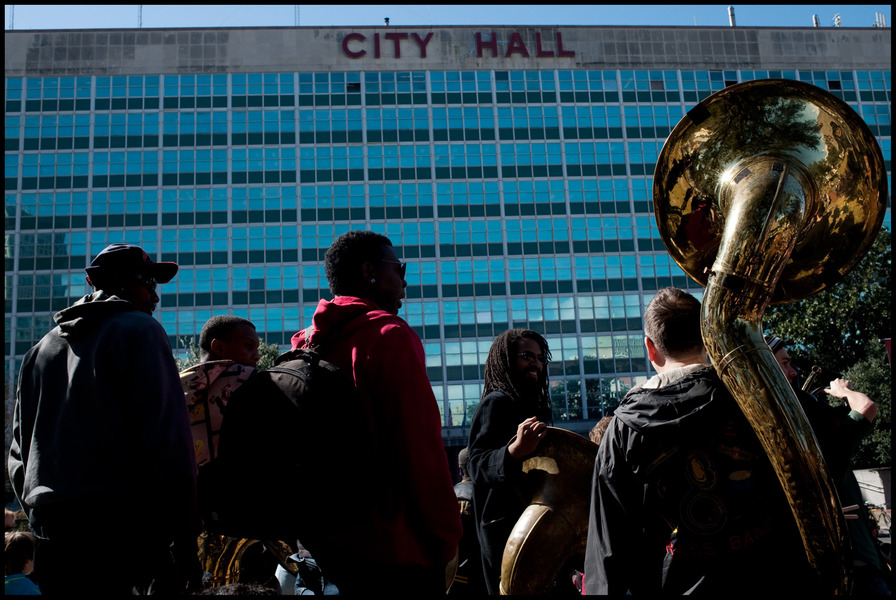 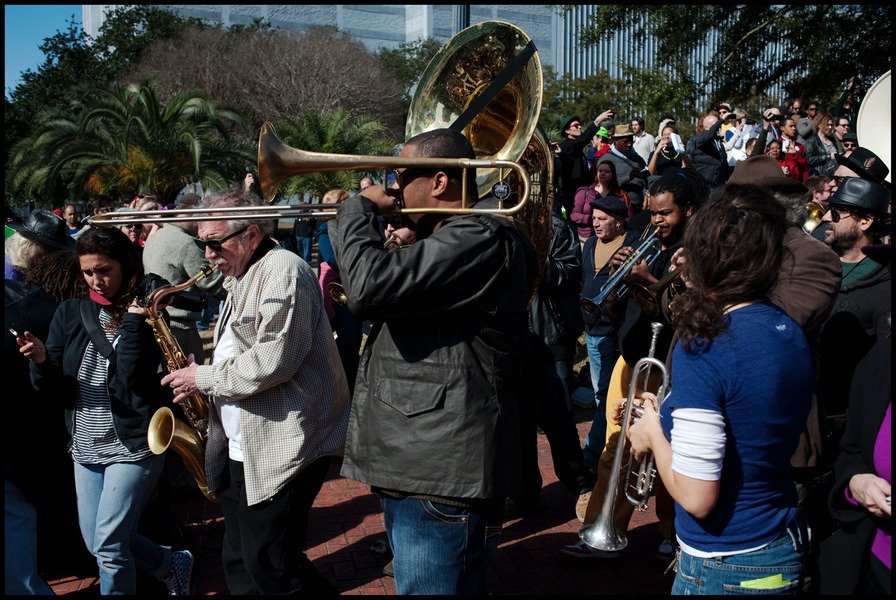 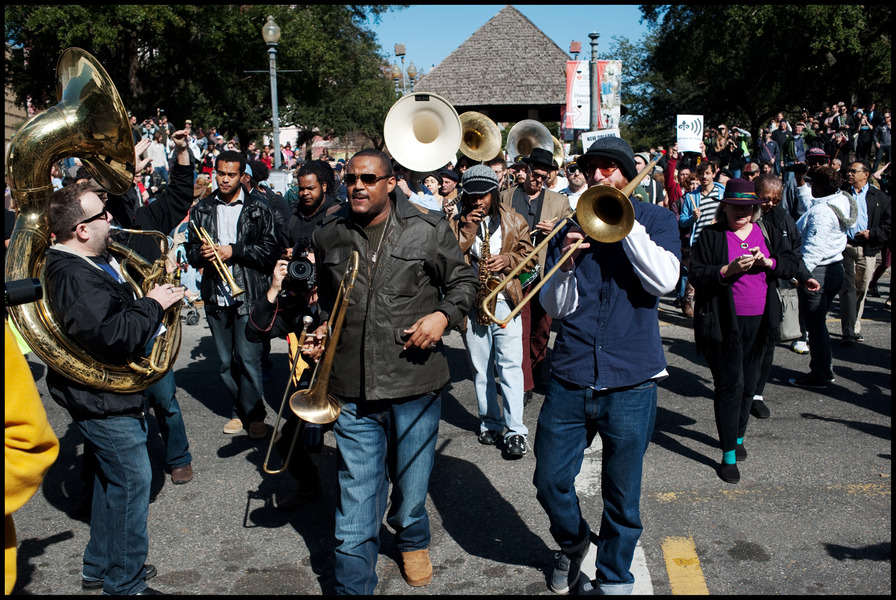 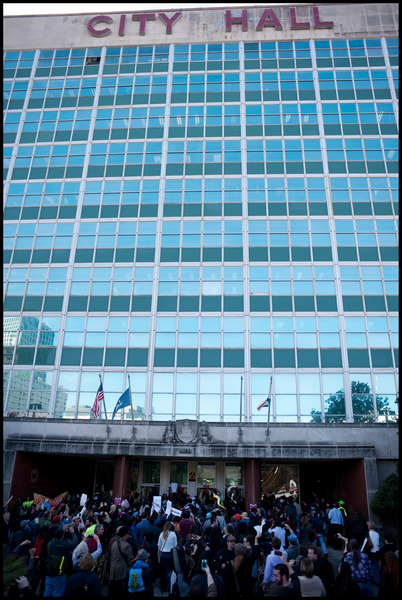 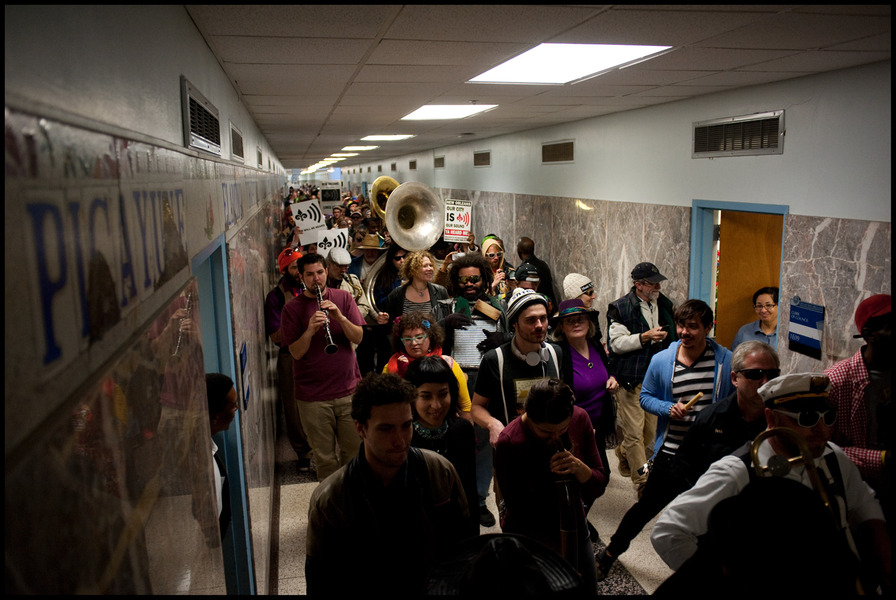 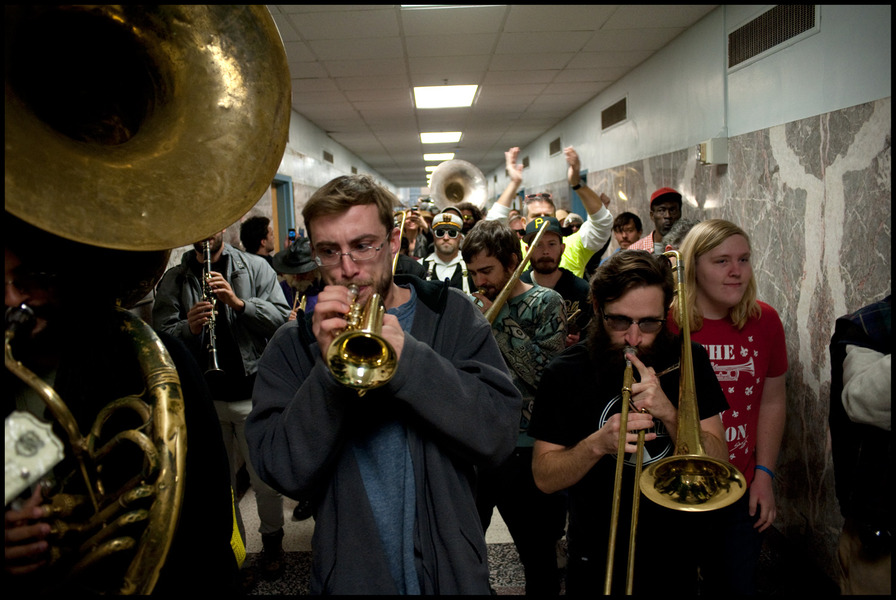 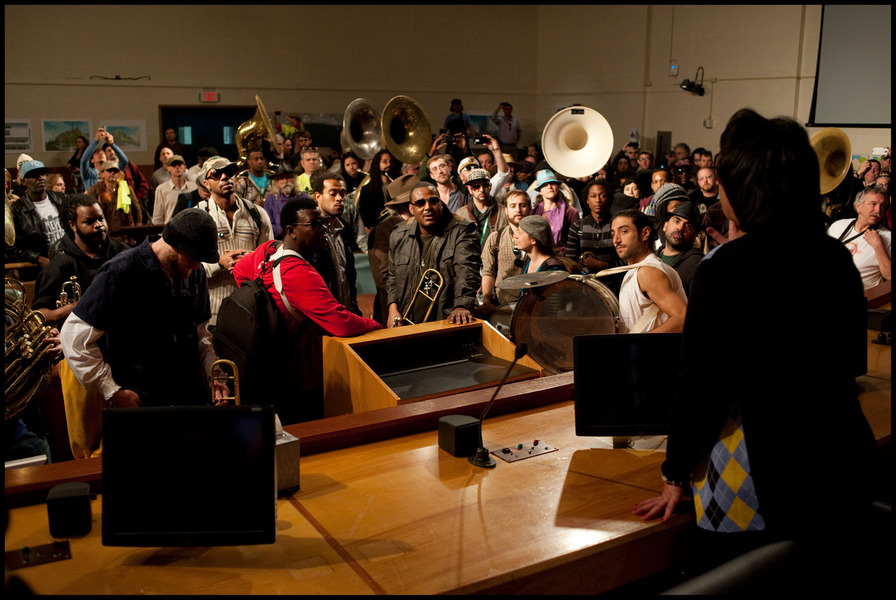 Councilwoman LaToya Cantrell of District B 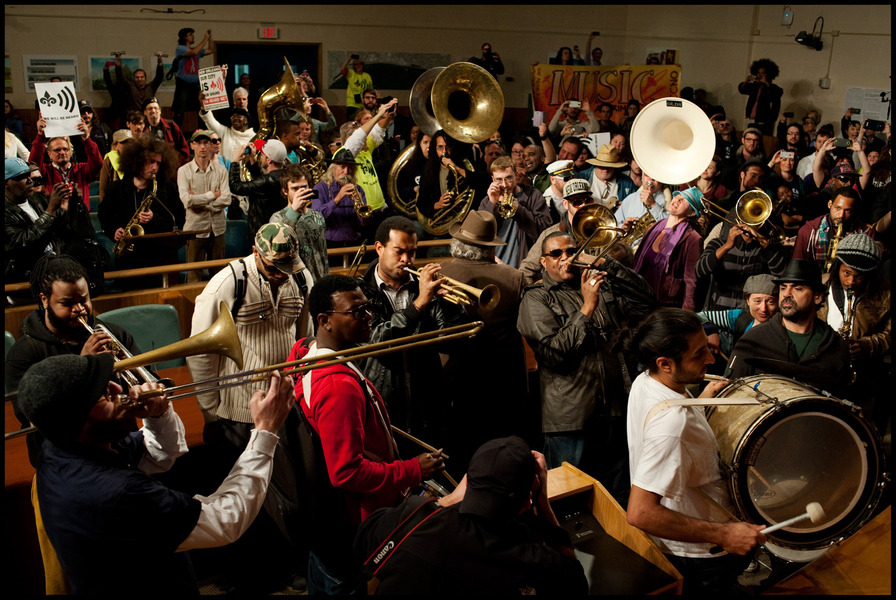 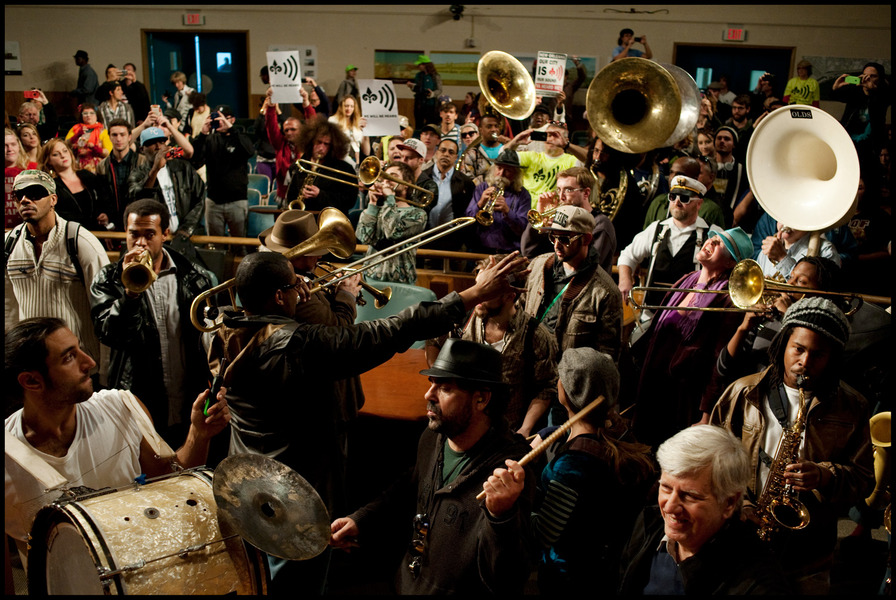 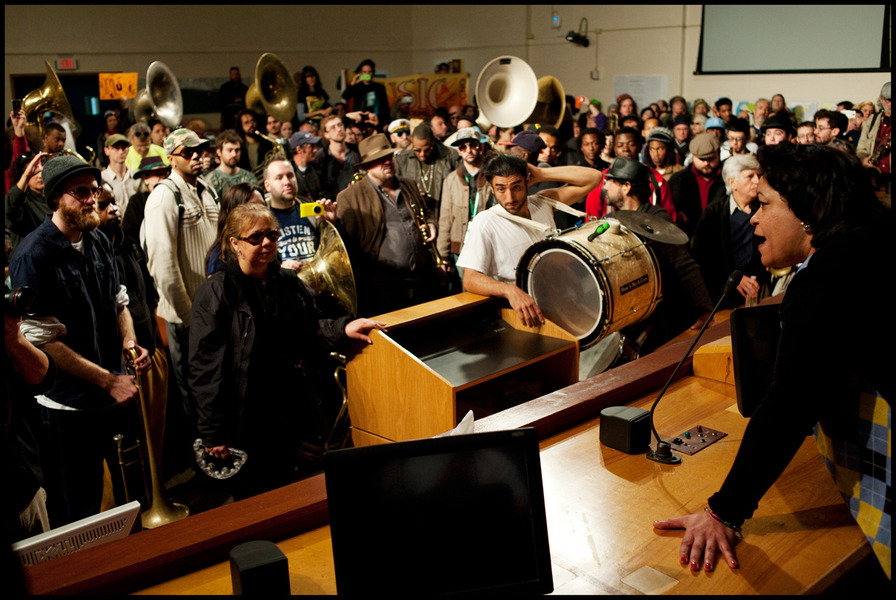 Councilwoman LaToya Cantrell of District B talks to musicians and supporters in the New Orleans City Council Chambers during a Save the Sound Rally. 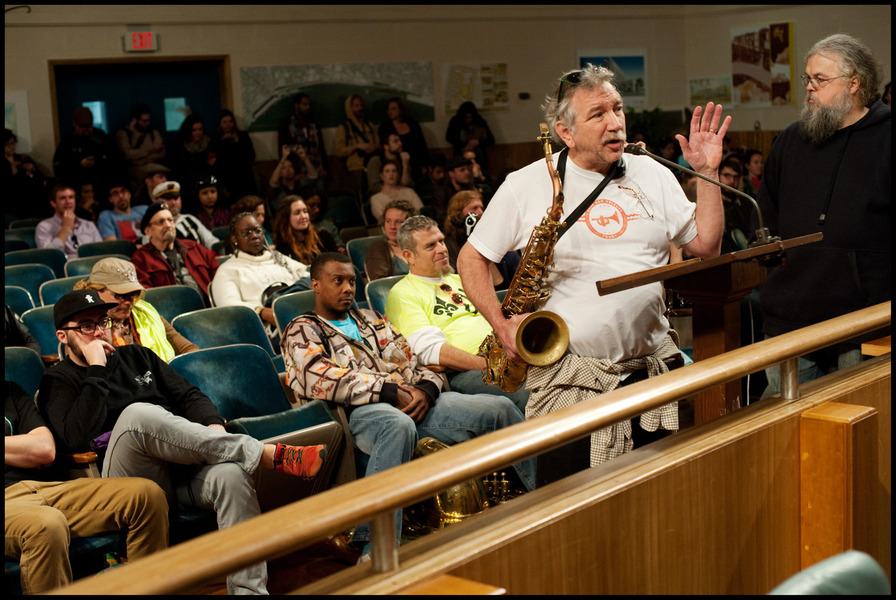 Tom Fitzpatrick states his concerns about the proposed ordinance. 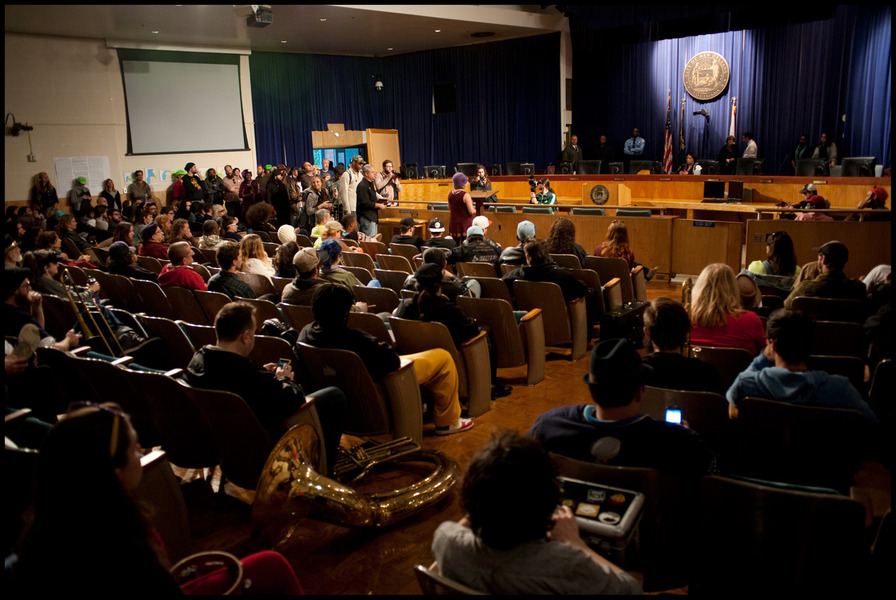 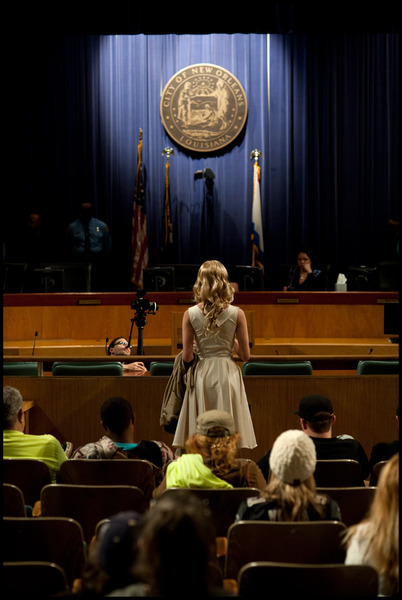 Trixie Minx states her concerns about the proposed ordinance.