Over 41 years, Winfield has become much more than a standard music festival. Kids who grew up making the yearly pilgrimage with their parents, now bring their own children. It has become a haven for regional musicians to meet and inspire each other. As Joey Henry of Wichita-based group the Calamity Cubes put it, “Winfield is a gathering of the tribes.” This year's essay centers around the musicians who come to the festival as paying customers to jam with friends and family. Beyond the main festival grounds, stages have risen from the campgrounds to host many of these performers.

In the Pecan Grove three stages continue to make a yearly appearance at the festival. Stage 5, a stage built on the bed of a 1954 Chevy truck, was introduced in 1987. Stage 7 started in 1999, originally conceived as a wood boat display for a campsite competition. Passing musicians requested to play on it and Stage 7 was born. One of those groups was Split Lip Rayfield, which solidified the campsite as an acoustic stage for the people of the Pecan Grove. Following the 2008 “Lake Year” when floods moved the campsites, the festival authorities in 2009 requested that all campsite stages that wanted to continue must request written permission. In 2010, Stage 7 became an officially recognized campsite stage. Fine Time Camp purchased a platform at a garage sale to bring to Winfield in 2007, and found it attracted passing musicians. They added a trailer to the setup the following year and launched their stage during the “Lake Year.” The camp also features a third annual tie parade and tenth annual rock-paper-scissors competition. This year the Fine Time stage was reduced to its original 2007 form after the festival threatened to tow the stage due to a litter complaint. The camp continued to host performers and their fans for the final night despite the loss of the stage.

(all music is © the musicians. Support local music.) 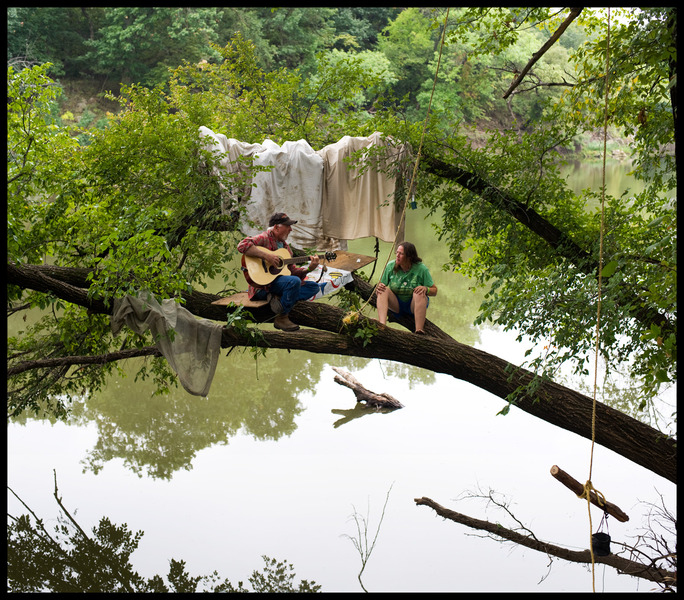 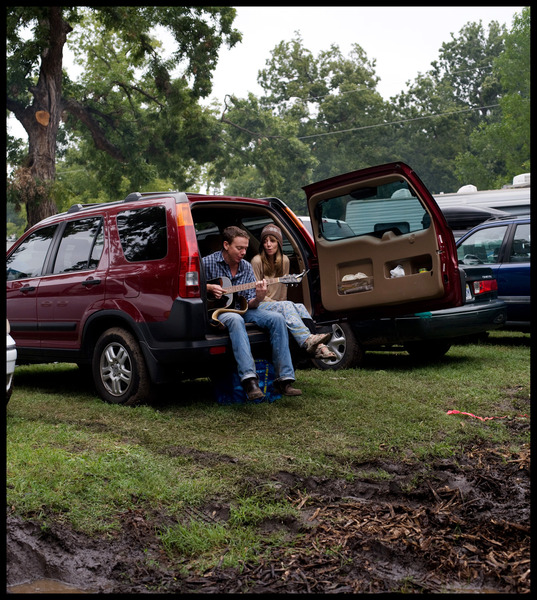 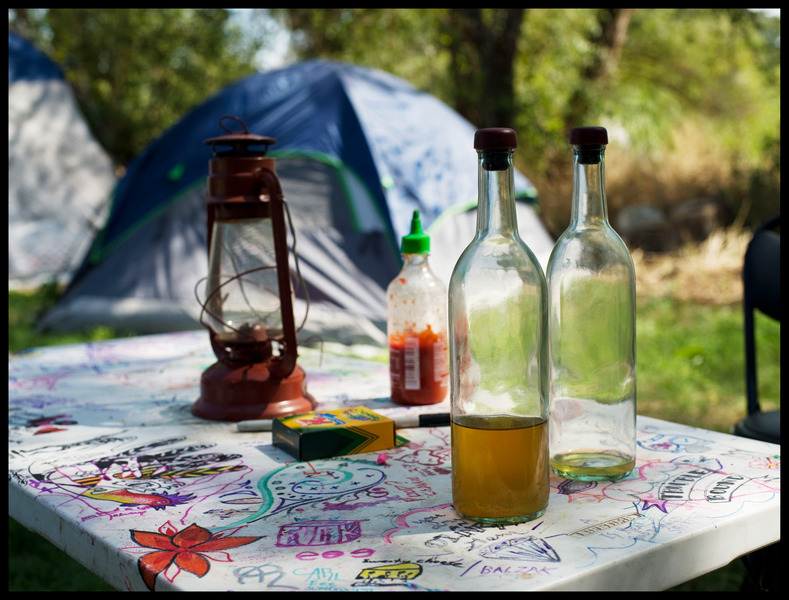 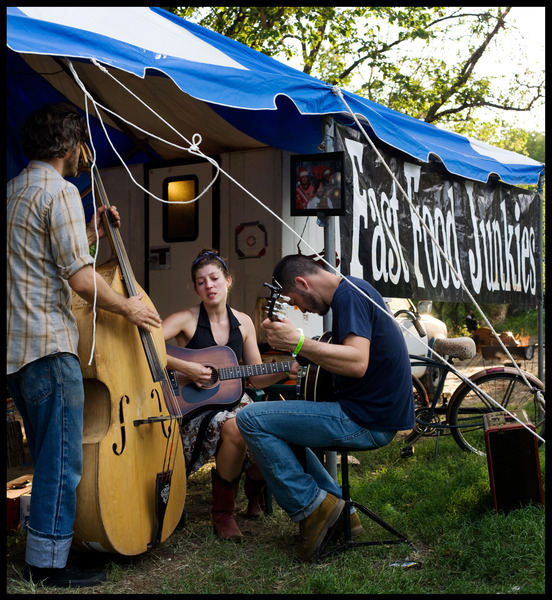 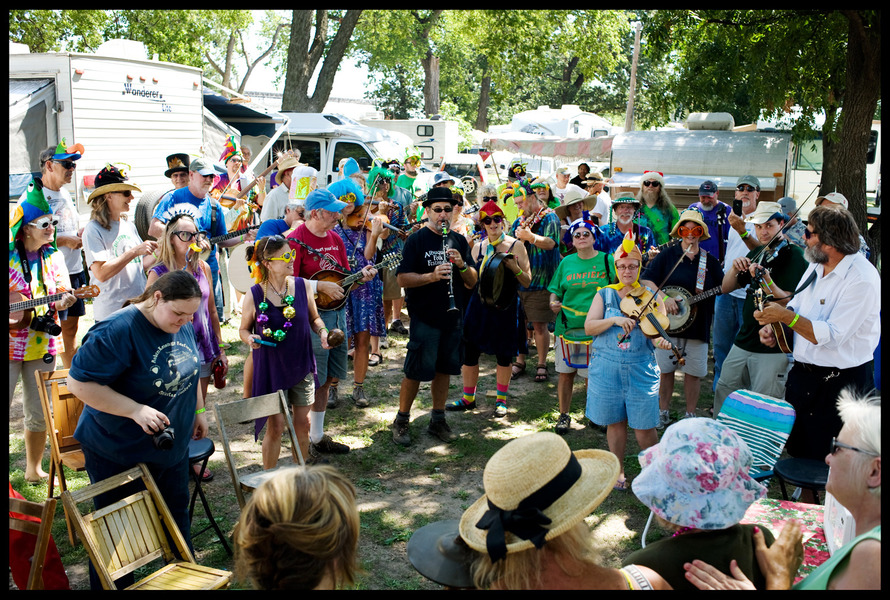 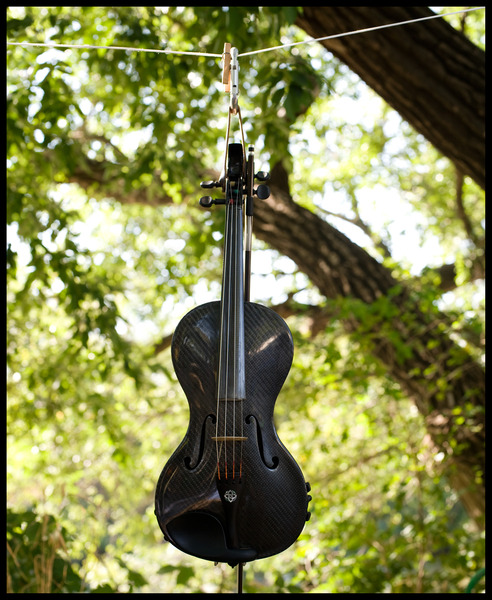 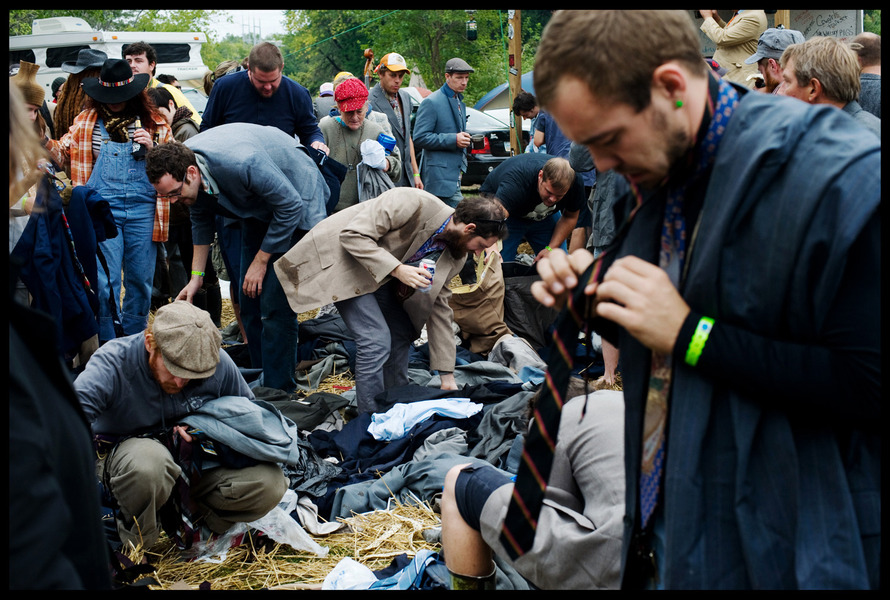 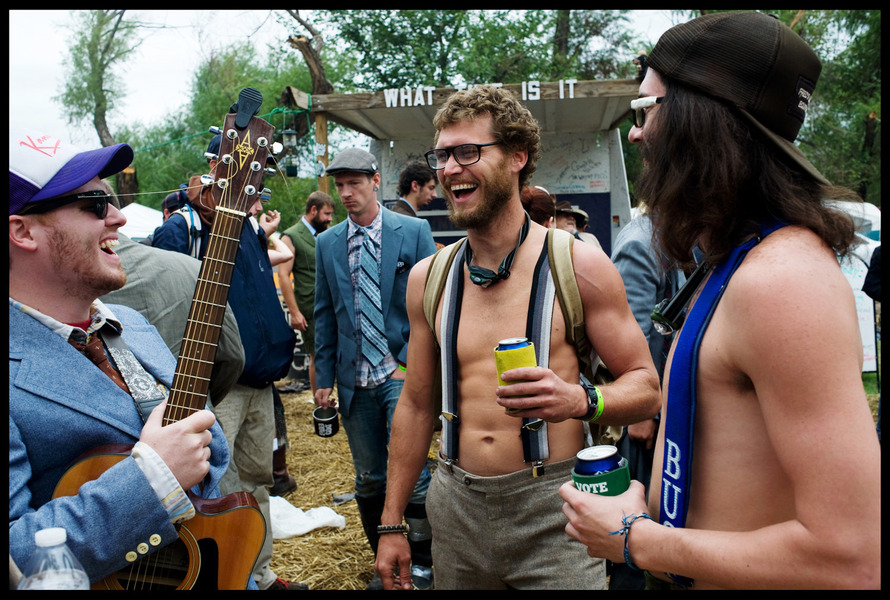 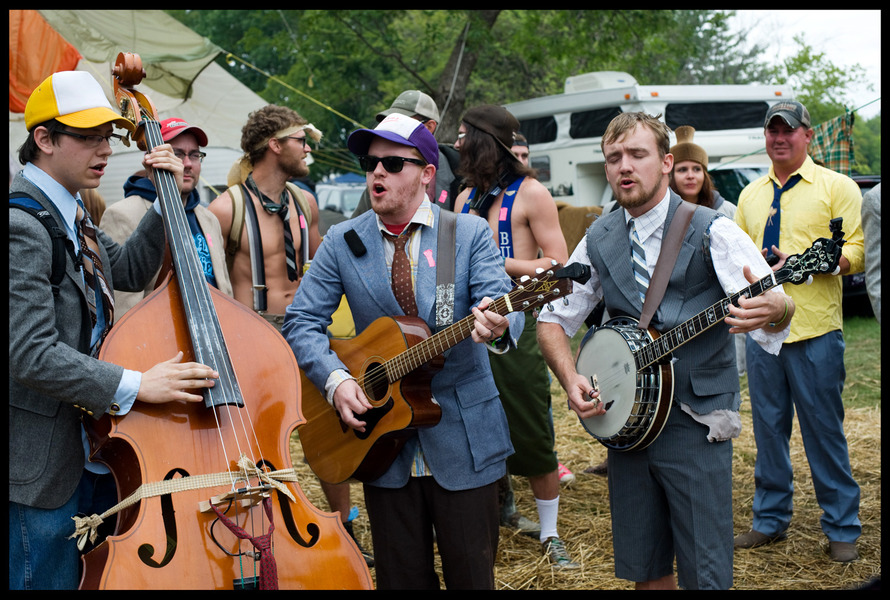 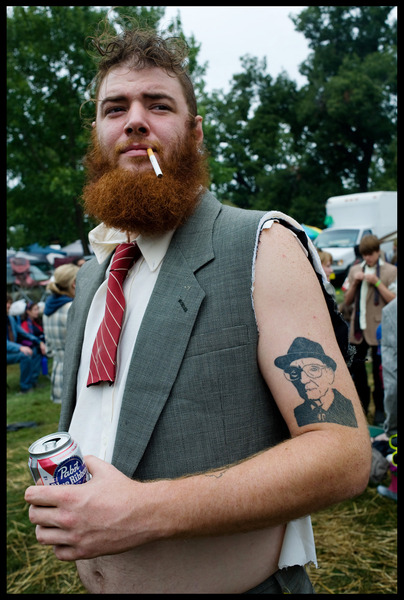 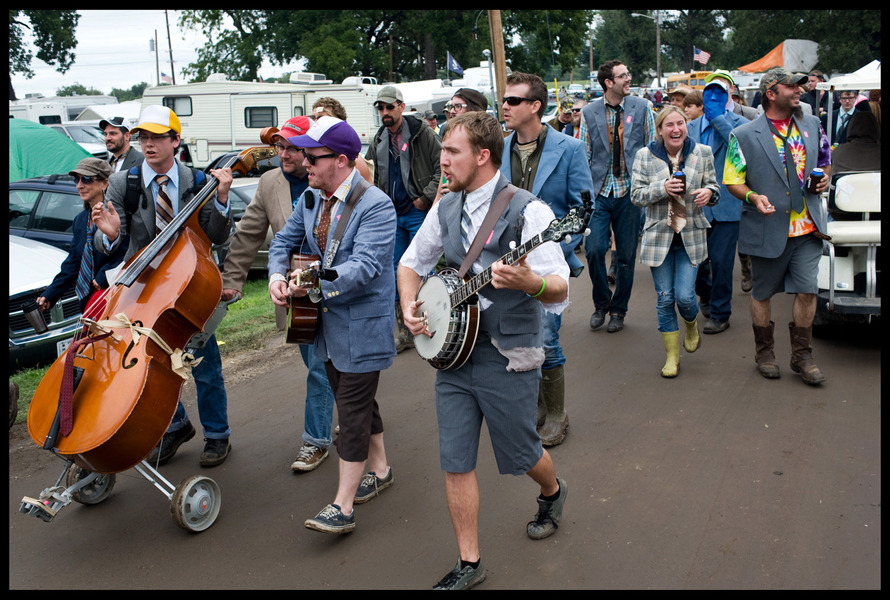 the Gloria Darlings at Stage 7 (http://www.thegloriadarlings.com/)

No TV Motel at Stage 7

Kris Harris and His Musical Heresies at Stage 7 (http://www.reverbnation.com/krisharrisrocks)

Kris Harris and His Musical Heresies at Stage 7 (http://www.reverbnation.com/krisharrisrocks)